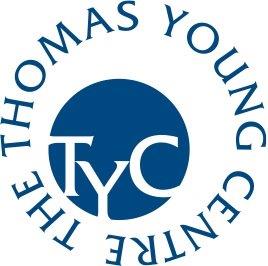 See the recording of the event here

Photoionisation and vibronic properties of isolated colour centres in diamond from first principles-calculations
Audrius Alkauskas
In this talk I will review our recent work on colour centres in diamond. These centres, in particular the nitrogen-vacancy (NV) centre and the silicon-vacancy centre, have become important systems to implement many protocols of quantum information processing. In the first part of the talk, I will discuss the first-principles description of the vibrational broadening of optical absorption and emission lines. The methodology to account for the contribution of the multi-mode Jahn-Teller effect will be also presented. In the second part of the talk, I will address the photoionization of NV centres. Spin dynamics, which accompanies charge dynamics, will be revealed. Computational techniques to achieve converged photoionization cross sections will be introduced.

Deterministically implanted defects in semiconductors for quantum gates and quantum simulation – Andrew Fisher
I will introduce the technique of deterministic doping in tetrahedral semiconductors via atomic-scale lithography, and give a survey of its use in reading out qubits and implementing quantum gates.  Then I will describe our recent work on using the dopants as quantum simulators for strongly interacting quantum lattice models.  I will show that donors generically simulate Hubbard models, with modifications due to the long-range Coulomb interactions and the multi-valley nature of the conduction band, while acceptors inherit strong spin-orbit coupling from the valence band and therefore simulate richer models including topological insulators where (uniquely) the relative strength of the Coulomb interactions can be tuned.

Theoretical magneto-optical spectroscopy for solid state defect quantum bits – Adam Gali
We live in the era of second quantum revolution in which solid state defect quantum bits play a significant role. An exemplary solid state defect quantum bit is the nitrogen-vacancy center in diamond which can be effectively initialized and readout at room temperature. We show how theoretical magneto-optical spectroscopy on nitrogen-vacancy center explained its optical spinpolarization loop which is the key mechanism in the initialization and readout. To this end, methods to calculate highly correlated electronic states and levels embedded in the itinerant solid state electron system with thousands of electrons has been developed [1] which is often called “quantum embedding” method or can be viewed as a multiscale method where the itinerant electron system is treated by density functional theory whereas the Coulomb-interaction between the strongly interacting orbitals in the system  is directly calculated, i.e., so called configurational interaction theory. To our knowledge, there is no rigorous theory about the interface of the two approaches, i.e., the double counting term, therefore, we have recently started to use density matrix renormalization group wavefunction methods based on density functional theory ground state calculations which produce promising results for defect spins in hexagonal boron nitride [2,3]. We show that understanding the optical spinpolarization loop requires the exploitation of dynamical effects due to the enhanced electron-phonon interaction. In this regard, we show the power of Jahn-Teller theorem when combined with density functional theory calculations of few thousands of electrons system [4,5]. In particular, we show the extension of Herzberg-Teller theorem from the optical transition to intersystem crossing [6] which is the key of quantum bit operation of nitrogen-vacancy center and related quantum systems. We briefly touch the importance of ab initio spin-related coupling tensors in the description of defect qubits, such as hyperfine tensors, in understanding the qubit’s spin dephasing and spin coherence times [7].